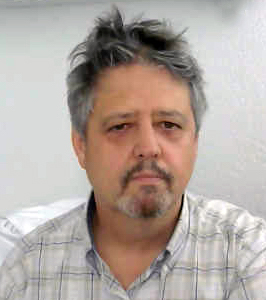 Miguel van Bemmelen received his diploma in Biology (major in Biochemistry and Molecular Biology) at the Universdad Autónoma, Madrid, Spain (1986), and after carrying Master’s projects in Leiden (The Netherlands), Bremen (Germany), and Paris VII (France), he obtained his PhD degree at the University of Bremen (1993). He trained as a postdoc at the Pasteur Institute (Paris, France, 1993-1996), and joined subsequently a private-public research project at the University of Lausanne (1996-1999). He remained at the University of Lausanne working as Senior Scientist at the Department of Cell Biology (1999-2001) and subsequently at the Department of Pharmacology & Toxicology, where he has been working since 2002. In the last eighteen years, the research of Dr. van Bemmelen has focused on the regulation and structure-activity relationships of various ion channels: Nav1.5, Cav2.1, ASIC, ENaC, and ROMK. His major contributions concerns the discovery that the cardiac ion channel Nav1.5 is regulated by NEDD4-2-mediated ubiquitylation, and the molecular and functional characterization of various clinically relevant mutations in ENaC and Cav2.1. Dr. van Bemmelen is presently working in Olvier Staub’s lab, studying the potential regulation of ROMK by ubiquitin ligases of the NEDD4-2 family and the role of adaptor proteins (NDFIP1&2) in this process. This study combines in vitro and in vivo approaches, the latter focusing in the characterization of mouse single and double knockout models of the two aforementioned NEDD4 binding proteins.